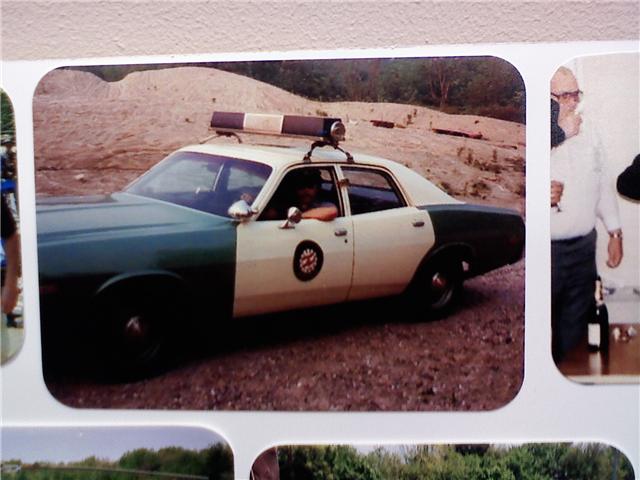 Edward P. Murphy was used for the first “special detective duty.” His services were used this one time to investigate a case since there was no formal Detective Bureau established within the Police Department.

Canton had two full-time officers. Neither one was designated Chief. Each was compensated equally. They were residents, John Plunkett and Thomas Kennally.

The first Chief of Police was appointed. The position went to John F. Plunkett. He would remain the Chief of Police for eleven years (1900 to 1911). Plunkett was the individual who was responsible for really establishing the police department. He was known for his determination to enforce the law coupled with his fairness and kindness.

The Town voted to put the Department under Civil Service.

The Police Department purchased its first police cruiser. It was a second-hand Ford sedan which was kept at the Central Fire Station (this is also where the police “lock-up” was located).

The Town Selectman adopted Traffic Rules and Regulations as a result of the increase in motor vehicle usage by residents. Citizens were willing to cooperate.

Officer William L. Whitty was appointed to the Canton Police Department as the first Motorcycle Officer. Chief John H. Flood continued making requests to the Town for a more suitable headquarters and place of detention. Conditions were so bad in lock-up that prisoners had to be transported to Stoughton for holding. This was the direct result of the State Health Board prohibiting the Canton Police Department from using their current lock-up area.

The new police station was completed on Revere Street without ceremony on July 18, 1931. At the time, the Town and the officers felt that the new station was modern in every aspect. For a town of its size, it was the best built and laid out station in Massachusetts. Every convenience was provided for prisoners, officers, and visitors.

The Town appointed its first two Sergeants, Daniel C. Keleher and Jeremiah T. Kelleher. This year marked the busiest in the history of the Department. Court appearances were almost a daily affair for officers.

George E Berteletti was the first officer in the history of the Department to ever receive a college degree.

This year it was mandatory for all new officers to attend a full-time police academy for training.

The Department formed its first official Detective Bureau. Officer Neil R. Lerner, Officer John F. Ruane, Jr. and Officer Vincent M. Rafferty were the first three selected to run the Detective’s Bureau. The Town approved the construction of a new police station. The Town also voted to accept the Quinn Bill which provided a financial incentive for the further education of police officers.

The Town of Canton saw its first female police officer with the appointment of Elizabeth A. Galvin. She attended the Fall River Police Academy.

The Selectman created the position of Lieutenant. The first appointees were Sergeant John F. Ruane, Jr. and William J. Lenhart.

All of the cruisers had the mobile data terminals installed in them.

The Department was trained in the utilization of the E-911 System.

Two video cameras and recorders were purchased and installed in two cruisers.

The new Police Station was opened in May. The old Elliot School located at 1492 Washington Street became the new site for the Department. A Grand Celebration / Open House was hosted in October. A lot of residents, including a large number of retired officers, were on hand for the full day of celebration.